Beyond Video Surveillance: 3 Security-Boosting Features to Look Out for in Your New CCTV System

CCTV cameras are no longer just simple video recording systems. Today's top-range cameras include enhanced features beyond surveillance, many of which can drastically improve security at your retail shop. Here are 3 security-boosting features to look out for when you're choosing a new CCTV system.

One feature many new CCTV systems include is people counting software. As the name suggests, people counting systems are able to tally the amount of people in your shop using video surveillance technology. This software is even sophisticated enough to distinguish humans from other moving objects like strollers and shadows. People counting systems are usually used to assess marketing success, but they can also be used to boost your security by helping you plan your physical security. In times of high footfall, you'll need more security guards on duty. Using analysis gleaned from your CCTV's people counting software, you can work out which days bring the most shoppers to your store and plan guard shifts accordingly.

As well as counting people, some advanced CCTV software can distinguish them from each other using facial recognition technology. Aside from the obvious benefits this has for apprehending shoplifters, facial recognition can also be used to stop repeat offenders from returning. Previously, the best way for shops to ban shoplifters from entering was to hang their photos on a wall. Of course, this type of system can be difficult to enforce efficiently without wasting money on extra security staff. With a facial recognition feature, your CCTV cameras can trigger an automatic alarm as soon as they see someone from your No Entry list, allowing you to quickly and discreetly remove them without wasting staff time.

CCTV systems in shops are mostly used to prevent and combat non-violent robbery, but newer models with enhanced features can also help put a stop to armed robbery and aggressive outbursts at your store. Cameras with sound detection abilities can pick up on pre-defined noises like screaming, glass breaking and even gun shots. This alerts your security staff to the presence of a violent offender immediately. Combined with a speaker system, staff can then communicate directly with an offender to reason with them and deescalate conflict. Even in cases where communicating with the offender is not a good idea, sound alerts enable your staff to call the police immediately upon hearing a violent intrusion. 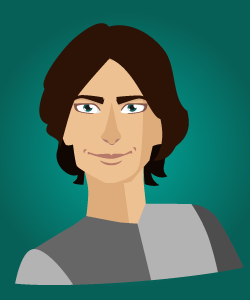